Benjamin Franklin prophetically stated, “When the people find that they can vote themselves money, that will herald the end of the republic.”

Polls establish a large majority of Americans certainly support the federal government spreading money to all who want it, all who apply for it, and all the businesses using the Federal Reserve as a bottomless free money pit. 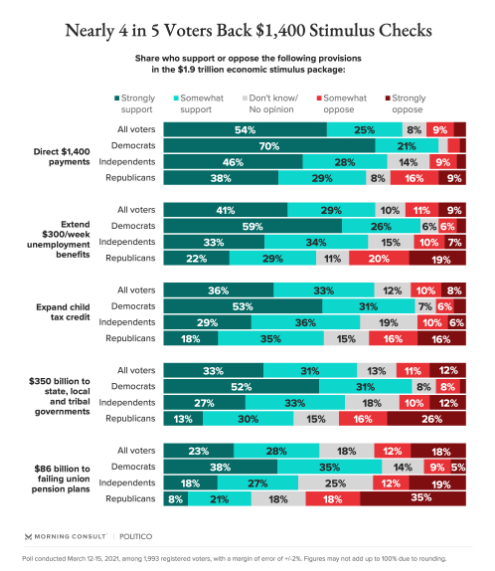 Not one word in the campaign from any candidate about our massive debt or who will pay it off.  Worse, the Biden administration keeps proposing new programs that will add trillions more dollars to the debt. These programs include free community college, college loan forgiveness, increases in tax credits for child care, raising the minimum wage, extending unemployment, more subsidies to education that give the federal government more control over it, and cash to poorly run or criminally run pension plans. These programs are in addition to the Biden administration’s proposal to fund its multi-trillion-dollar Green New Deal and climate change agenda.

With the end of the fiscal year (“FY”) 2020 and estimates for FY 2021, the facts are clear. Republicans cannot claim they are concerned about the national debt.  Republicans have incurred more debt than Democrats up to FY 2021. This fact could quickly change with the many massive spending proposals of the Biden administration. The calculations are based on FY rather than annual spending, to calculate only debt attributable to the presidential budget responsible for it.

What do these calculations show?

All presidents have an excuse for their debt—Biden, the pandemic and need for more stimulus; Trump, pandemic and need to build-up the military; Obama, to address the financial crisis; Bush, 9/11, and on and on. The difficulty with excuses is that all presidents have them and none even try to address the growing national debt. Moreover, not one candidate for federal office in the 2020 elections even discussed the massive national debt.

Basic questions remain. Can the U.S. create money out of thin air and forever borrow at near-zero interest rates so it and the American people do not suffer the cost of borrowing? If not, what are the consequences if inflation or interest rates rise significantly? Is there anything concerned citizens can do to address what might be an existential threat to the nation? Should our government care about future generations? Why should politicians care about the debt and future generations since their sole goal is to be elected? Should citizens care?

Perhaps Franklin is right. We are voting ourselves all the money we want. Americans are forgetting, however, that they own 78% of the public debt. A default will harm Social Security payments, mutual fund returns, private and government pension fund payments, owners of government bonds, banks, and the purchases of the federal reserve. And yes, the politicians who gave us the money we asked for, will be on the beach having a drink on taxpayer-funded pensions.

This topic deserves a great deal of attention and it is not receiving it. Part II of this article will explore the reasonableness of the current assumption that a nation with its own currency can print an unlimited amount of its currency without consequence.

Is there a limit to the national debt Congress and presidents can impose on citizens? The facts show each household’s share of the debt is $218,614. Who pays?

The post Are We Proving Ben Franklin Right by Voting Ourselves Money? appeared first on The Libertarian Republic.